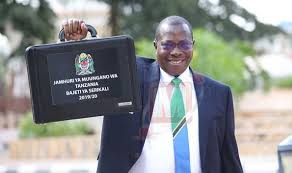 What Does this year’s budget have for you?  How Tanzania, Kenya and Uganda prepare and manage their budgets differently to minimise perpetual deficit

As East Africans continue to dissect and internalise what impacts this year’s national budgets will have on the economy and standards of ordinary citizens, the questions remain whether these budget targets can be achieved. But what are national budgets and how have these coveted statements and speeches resonated with citizens interests over time? The trend and results from previous budgets show mixed feelings and perhaps, it is time to reflect on how national budgets are made.

What are national budgets?

A national budget is a statement of how government plans to raise and spend revenue or public money collected from various domestic and external sources. Domestically, the government largely raises revenues through taxation.

The legendary Economist and tax theorist Adam Smith stated that states as sovereign entities have the right to impose taxes and to spend these proceeds from taxation to meet the public financial needs of its citizens.

The tradition of taxation is rooted in ancient empires which required that every able citizen makes a mandatory contribution to the state and in return the state provides protection and social services.

Taxes in ancient Egypt, Greece and Rome were charged to finance war but the idea of sales taxes, income taxes, property taxes, inheritance taxes, estate taxes, gift taxes are said to be a modern invention. The concepts of taxation that evolved and developed were transported to other empires and cultures where tax ideas took root. This pattern continues through today as nations are influenced by tax practices from other Countries

In commonwealth traditions, proposed government collections and expenditures are articulated in a national budget statement and speech always presented before the state parliament or legislature on the budget day. In Tanzania, this is presented on every second Thursday of June of every year.

What are the key priority areas for this year’s national budgets?

The budgets from the three East African states appears to have been informed by the regional consensus on theme of promoting industrialisation. Driven to achieve this objectives governments have reshuffled its priorities towards agenda with Tanzania and Uganda pushing this through the five-year development plans while Kenya pushes its big four agenda.

Who are the winners and losers?

Across the East African region, the major beneficiaries were the manufactures. The major beneficiaries in Tanzania are horticulturalists, manufacturers of packing materials and baby diapers. VAT has been exempted on imported refrigeration boxes used for horticultural farming while all imported horticultural products will be charged 35% instead of 25%.  Zanzibaris have a reason to celebrate as supply of electricity services from mainland Tanzania to Zanzibar will be zero rated. The tourist sector has also won big with reductions in taxes on some specific packages such as game hunting. While airline operators will have a sigh of relief airline tickets, flyers, staff uniforms and aircraft lubricants are VAT exempted.

Motorists and women will obviously take a brunt of the budget as the tax man has increased taxes on driving licence fees from Tsh 40,000 to Tsh 70,000 and registration card fees for all forms of motor cycles from Tsh 10,000 to Tsh20,000. The tax man has targeted women imposing 10% duty on locally produced synthetic hair whereas imported artificial hair will be charged at 25%. VAT on sanitary pads has been abolished.

In Kenya the manufactures are winners with a withholding VAT rate reduced from 6% to 2% and introduction of a refund formula which expedites VAT refunds and ensures a full refund of input tax credit rating to zero rated.  Agriculturalists have reason to celebrate with Ksh 1.0bln diversification and revitalisation of Miraa and Ksh 3.0bln for setting up the Coffee Cherry Revolving Fund, aimed at implementing prioritised reforms in the coffee subsector.  Digital employees have a reason to celebrate as they will enjoy an exempted tax on income earned under the Ajira Program. The measure is aimed at enabling over 1million youth to be engaged as a digital freelance worker. The health sector has some reasons for joy as an additional to Ksh47.8ln is allocated to expand access to Universal Health Coverage from 4 pilot counties to other counties.

Meanwhile drunkards and gamblers will continue to leak their wounds as they ache out an additional 10% in taxes is slapped on betting and 15% on tobacco and alcoholic drinks. Boda Boda and Tuk-Tuk riders will face an uphill task with amendments to the Insurance (Motor Vehicle third party risks certificate of insurance) rules to require all passenger carrying riders to have an insurance cover for passengers and pedestrians.

In Uganda, the works and infrastructure continue to enjoy a good share of the budget with Ush6.4trillion of the budget allocated to it.  The industrialists are perhaps the biggest winners with generous tax exemptions allocated for industrial parks expanded to 10 years for letting, leasing or expanding existing developers with capital of at least USD50Mln and operators with at least USD10 Mln capital.  There has been an introduction of income tax exemption on interest paid on infrastructure bonds such as listed bonds and securities. Removal of withdrawing on agriculture supplies and listing and other similar goods. Exemptions on aircraft insurance services, supply of services.  A beneficial owner and citizen have also been redefined to be in line with the East African Community Court ruling in the case of BAT Vs URA.   The importers of fresh or chilled or cooked potatoes, honey, granite, marble and ceramics are net losers with increased customs duties.

Amidst of all these changes in estimates, significant to note is that new creatives sources of tax revenues were presented.

Governments have perpetually faced narrow taxes bases with potentially same traditional sources facing the tax man. In recent years the government have developed affinity to indirect taxes, despite their regressive nature and inequitably targeting of the poor

What have been the trends?

The trend shows that budgets estimates have been increasing over the years with this year’s budgets touted as the highest since independence. However, the actual budget out turns have fallen short of projections. Kenya, which is the biggest economy in the region has missed targets for the past seven years

In 2018/19 Tanzania recorded a shortfall in budget outturn only achieving 88% of its targeted revenue collection. This was attributed to a number of factors

The trends from previous budgets show that the government has been largely a net borrower and net spender. Governments rely heavily on domestic and external borrowing to fill its budget deficits. Very little is saved.

Generally, Government debt as a percent of GDP is used by investors to measure a country ability to make future payments on its debt, thus affecting the country borrowing costs and government bond yields.

Over the years the governments debt to GDP ratios have spiralled reaching record highs.  According to government statistics in Tanzania the debt to GDP ratio hit 34.2 % by end of 2017. The Bank of Tanzania reported that the external debt stock comprising of public and private sector debt amounted to USD 21,529mln at end of March 2019. Uganda’s debt to equity ratio was 41.2%.  Kenya’s debt to GDP ration was at a record 57.5% in 2017 and around 55 % in 2018.

Governments have constantly argued that their debt obligations are manageable and the current borrowing appetite is aimed at achieving a favourable debt mix of short term and long-term loans. The down side of appetite is that as government piles new debts, the maturity period of old debts is too short and puts a lot of pressure on government revenues to pay. In Uganda for example 11% of this year’s budget will be spent on debt repayment.

The debt burden is worsened by the near stagnant revenue growth, the Ugandan Planning Minister acknowledged in 2018. “Our tax base is not growing at the same rate,” he added, putting the tax to Gross Domestic Product (GDP) ratio at 14.3 per cent.

The government spends most of its money on recurrent expenditures such as salaries and its development budget on mega infrastructure such as roads, power generation and aviation have not been quick in generating commensurate revenues, leaving governments with perpetual financing gaps every budget year.

The question then which emerges is why increase budgets when the revenue targets for the previous years have not been met?

Do governments need to adopt a saving culture-amidst all.

As meeting domestic revenue targets becomes doggy and external aid and borrowing stringent, how can governments manage their budgets to ensure that some of the revenues collected are saved and used to cushion future deficits. The governments have options that can be considered.

Cutting of nugatory public expenditures spent on running public administration can save governments massive recurrent expenditures on salaries and allowances. While Kenya has adopted a heavy devolution structure costing government billions of shillings to run Uganda has the largest cabinet in the East African region. The Ugandan government has rapidly created economically unviable local government districts, who rely heavily on central government subsidies to survive.

The government can adopt a revenue saving culture. Revenue management is largely a tax policy concern which hinges on economics that revenues from various sources should be spent in a sustainable manner to avoid long-term shortfalls and economic instabilities that might affect the overall economic tax base.

Sustainable economic growth can therefore be achieved when government balances its short term and long-term public revenue and expenditure needs.  The government does not need to exclusively spend on infrastructure or welfare benefits but it also needs to save and spend on strategic investment to safe guard its future revenue sources.

This saving culture should be embedded in a country’s budget policy and revenue expenditure management system and fiscal regimes governing expenditures of its revenue.

This type of foreign investment has made it possible for the Japanese able to finance their domestic debt which is almost above 233% of GDP.  The other difference between Japan and other countries is that its debt is held by its Citizens.

Many other countries, including Greece, owe mostly to foreign creditors. However, most of Japan’s debt (including government bond liabilities) are held by its own citizen, so the risk of defaulting is much lower. Japan is still well-off because it can adjust interest rates at low levels so that repayment values stay low relative to the overall debt level.-Forbes

The governments can adopt the Egyptian model of devaluing its currency to ensure that the country exports more and attracts more foreign currency into the country than it spends in payment and servicing external debt. The attracted foreign income is invested into production to boost economic growth.  As an economy grows to higher level, it becomes able to generate enough revenues to pay off or reduce its debt burden.