The Countries in the East African region are prone to varying degrees of state fragility and conflicts. The countries are defined by latent, perennial, intermittent and protracted conflicts. The causes and drivers of these conflicts are many and complex and include political and resource governance concerns, manipulation of ethnic, political and religious identities, mobilisation and manipulation of a largely unemployed youth force.

Even though the multi-party system established in many of the countries in the region since the 1990s has endured. Elections in the region are as much a ritual than a democratic process. There are widespread reports of bad electoral management and electoral fraud with none of the elections held during the past few years fully passing the test of free and fair.

Natural resource-based conflicts and the zealous appetite to control extractive resources and benefits have pushed Countries such as Sudan, the Democratic Republic of Congo and Somalia into war and conflicts. The prospects for petroleum resources occurring largely in border lying areas threaten further efforts for regional stability and co-existence.

Incumbent presidents have largely relied on state institutions and armed forces or rigged elections to remain in power and countries such as Rwanda, Burundi, Uganda, Djibouti, DRC and Eritrea have had constitutional changes to facilitate the extension of presidential term limits while Sudan and Tanzania are pushing for similar changes.

The region is faced by an ever-looming threat of terrorism.  New in this regard is the increased radicalisation and recruitment of women and children into the terror groups. An example of this is the Mombasa police station attack by 3 women in September 2016 and hence the importance of addressing gender dimensions in efforts to counter violent extremism. 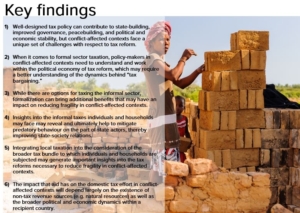 With over 1000 ethnic groupings subscribing to a multitude of faiths of which Islam and Christianity are the largest, the region is one of great diversities. More often than not these diversities have been captured by ethnic, political and religious elite to destabilise social relations and drive conflicts in the region. Ethnic tensions and at times violence have been hallmarks of election campaigns in countries such as Kenya where elections are won on the basis of ethnic bargaining rather than due democratic practices.