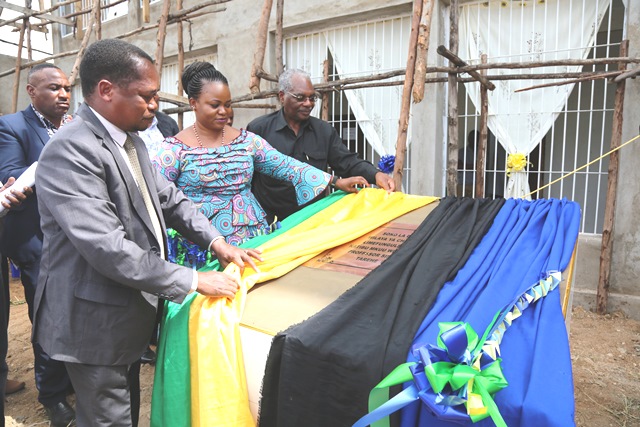 Pundits suggested that the faceoff with mining companies over tax payments and drastic changes in the mining legislations and practices indicated that Tanzania’s mining sector was on a cliff edge with some analysists suggesting that perhaps it was headed for the unknown. With the latest reports, it is evident that the government is wining some dividends. 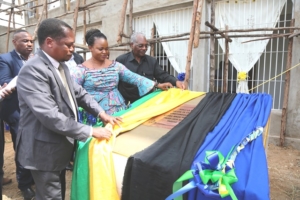 Figure 1: The Permanent Secretary for the Ministry of Minerals Prof. Msanjila opens a Mineral trading Centre in Chunya, Southern Tanzania

According to the Bank of Tanzania (BoT) monthly economic review report indicates that value of Gold exports which accounted for more than half of nontraditional exports in March of 2019 grew by 9.8% to USD 1,684.6million.

The report adds that the value of Gold and diamond produced by large scale miners was USD325.9Mln in quarter ending March 2019, compared to USD324 mln recorded in the corresponding quarter in 2018. Production of gold increased by 7.8% to 10,063.4 kilograms quarter -on-quarter, while that of diamond rose by 18.2%

Foreign receipts from services which accounts for 47.8% of exports of goods and services increased to USD4,085.3million in the year ending march 2019 from USD 3,823.6Mln in the corresponding period in 2018. This was largely driven by travel and transport receipts.

The value of goods and services exported in the year ending March, 2019 increased to USD 8,544.5 Mln from USD 8,488.2Mln in the corresponding year period of 2018 owing to an increase in nontraditional goods, exports which accounts for 78.0% of goods exports and 40.7% of total exports.

These central bank reports show an increase despite the standoff between the government of Tanzania and mining companies such as Accacia-Barrick Gold Company for non-tax payment. This led to a government seizure and ban on export of Acacia’s gold concentrates forcing the company into financial and operational turbulence. Accacia has since scaled back and closed some of its mining operations in Tanzania.

The government move left mining companies and stakeholders guessing what would befall the sector. Since the standoff, many major mining investment decisions in the country’s lucrative mining, oil and gas sectors have stagnated.

Companies complained that the new laws passed in 2017 were onerous, costly and bad business which included hiking of taxes on Mineral exports and mandatory requirement for a higher government stake in all mineral operations.

Recently, the government established mining trading centers where gold miners can sell their gold to the government. In early 2019, the Prime Minister gave the Ministry of Minerals six months to establish government controlled mineral trading centres in all major mineral producing areas of Tanzania.

The government said these efforts were aimed at accelerating efforts to curb illegal exports of gold and other processing minerals. The trading centers will give small scale miners direct access to a formal regulated market where by they can go directly and trade their gold. They currently struggle to access formal gold dealers who mostly based in the capital, Dar es Salaam and major towns, the government affirmed.

According to Reuters, Tanzania is Africa’s 4th biggest gold producer after South Africa, Ghana and Mali and gold exports are key sources of foreign exchange.

Small scale mines produce around 20 tons of gold per year in Tanzania but an estimated 90% of the output is illegally exported according to a parliamentary committee report.

These reports suggest that perhaps the recent government moves have reduced on smuggling gold to the neighboring Countries and this perhaps explains the increased sale.