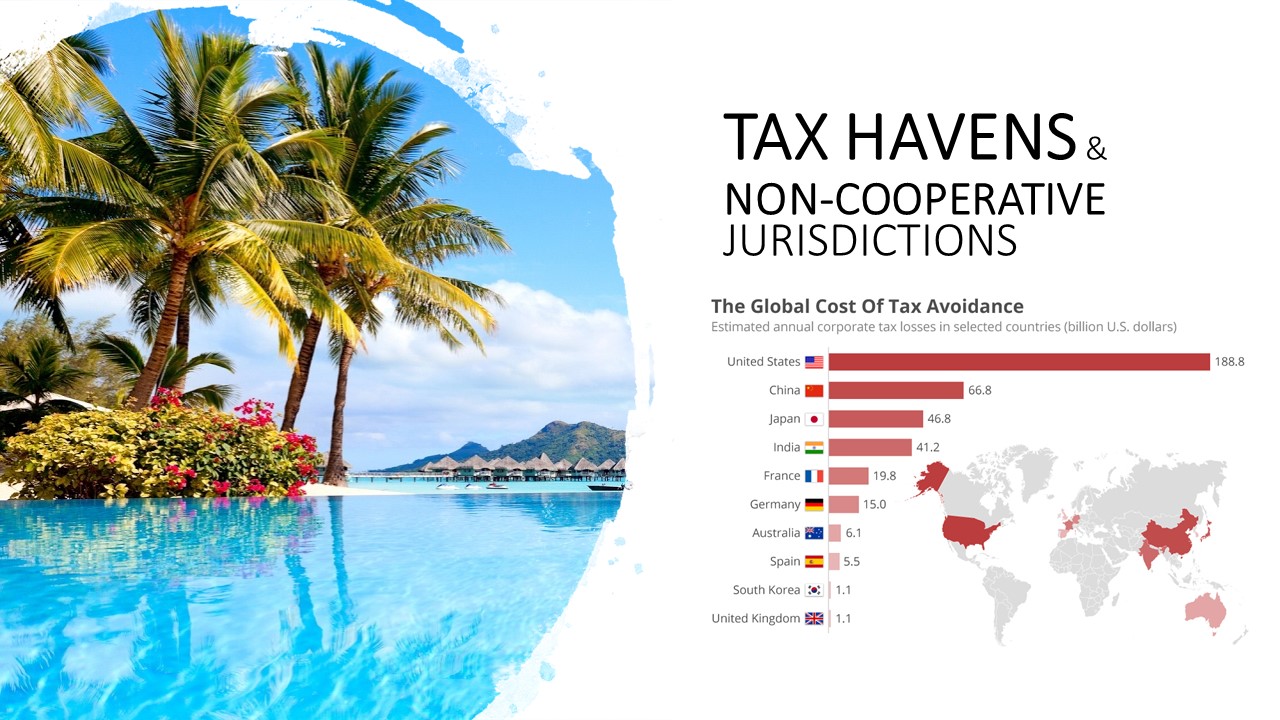 Understanding the basics of Transfer pricing, mispricing and other aggressive tax planning measures and concepts

Understanding the basics of Transfer pricing, mispricing and other aggressive tax planning measures and concepts

In a persistent ambition and search to maximize share vale and returns to their beneficial owners, Multinational companies use various means to gain a tax advantage. Some of these advantages are achieved by legally existing means while others such as Transfer mispricing are purposely designed to circumvent existing provision of the tax law.  As Countries grapple to increase their domestic resource mobilization, governments, policy makers and tax authorities will need to learn and adapt new techniques to debunk and disrupt the various tactics and schemes used by these MNCs. Such learning and adoption has to take place at a faster than lightning speed and gusto In less developed and resource rich countries where value and wealth is generated and sourced yet little is paid back in the form of taxes.

Transfer pricing is setting of the price for goods and services sold between controlled (or related) legal entities with an enterprise. For example, if a subsidiary company sells goods to a parent company, the cost of those goods paid by the parent is the transfer price.

Transfer price is not illegal if the goods are sold between related parties at an actual comparable price in the market (arm’s length price).  However, if the prices are distorted so as to achieve a tax advantage (by either selling below or above the market price), then transfer mispricing or aggressive transfer pricing is said to have occurred which is an illegality.

Multinationals engage in transfer mis-pricing for purposes of achieving a tax advantage by shifting profits from subsidiaries in high tax jurisdiction to low tax jurisdictions. By doing so multinationals pay less or no taxes at all in countries where they have economic activities (generate income) and should be paying taxes.

From the above illustration the Company A located in India will sell goods and services worth 120 rupees to its 100% controlled subsidiary Company C located in a tax haven in Dubai and thereafter the Company C will sell to another Subsidiary B located in the US at a higher or inflated price of 130 rupees. The 30 rupees made in profit will be kept in Dubai where the pay company pays 0% tax.

Generous tax breaks and advantages given to a taxable entity for purposes of achieving a given economic or tax objective such as increasing or facilitating investment. Tanzania extends generous incentives and exemptions to foreign investment corporations.  In recent times, there is limited evidence to show that tax exemptions and reliefs are major factors influencing investor’s choice of investment destinations.  On the contrary they have been used for tax evasion by circumventing the provisions within the law

A self-explanatory term denoting a trip where a person or thing returns to the place where the journey began.

In illicit financing and tax evasion terms, it refers to a situation where money or income leaves the country through various channels such as inflated invoices, payments, to shell companies overseas (tax haven) etc and returns back to the same country as investment for purposes of benefiting from existing gaps and incentives within the Country’s laws.

A deliberate measure by a liable tax payer or corporation to under disclose or not to disclose at all the accurate taxable income or items or services for purpose of reducing the tax payers tax obligations or evading paying taxes completely. Individuals or corporations use this strategy to hide their taxable liabilities from the tax authorities.

Thin capitalisation measures, where a company finances its operations with a high proportion of loans rather than shares and therefore reduces the business profits of its subsidiary in highly taxed jurisdiction and maximises profits via interests paid on the loan to a bank or financial institution located in a lower tax jurisdiction.

These methods also include profit laundering and re-invoicing measures;  a process which involves transferring profits from a territory in which they would be taxed to another in which there is either no tax or a lower tax rate or a sale to an agent based in a safe tax haven who subsequently sells on to a final purchaser.

The agent pays part of their mark-up price to the original vendor or to the purchaser, usually to an offshore account located in a secrecy jurisdiction

Use of Offshore, Secrecy Jurisdictions and Tax ‘Havens’

The use of low tax jurisdictions or tax havens has become the common strategy for hiding income from the tax authorities.

Tax havens are legal jurisdictions that offer a combination of low tax rates, limited regulations and total secrecy about ownership of registered corporations and individual assets.

In the Cayman Island there is a famous building called Ugland House, a small building, where 12,748 companies are registered and supposedly conduct their business (among them Coca Cola and Intel Corp). However, in reality these are shell companies and postal addresses and no real business activity goes on here. In a sarcastic remark of surprise, the US President Barack Obama on January 5th, 2008 said either this is the largest building in the world or the largest tax scam.

Characteristics of tax havens and examples of ‘Tax Havens’

The actual estimates of the total size of wealth held in tax havens is not quite clear. However it is estimated that

Examples of some documented tax planning cases reported in Tanzania

Examples of cases of Tax planning measure undertaken by companies to benefit from the various exemptions under the Investment Act and Customs and Excise Acts have been reported in Tanzania.

TRA argued such an act reduced the taxable income of the respondent and subsequently the tax paid by the company was reduced. Geita had illegally claimed expenses which it was not entitled to.

The Tax Revenue board also made reference to a provision within Geita Gold Mines’ Expatriate Conditions Terms of Service which was aimed at avoiding taxes.  Section 3.1 of the expatriate conditions terms of service stated that subject to Article 3.2 the employees offshore Salary component will paid free of local income tax into the employees nominated bank account. All other benefits may attract local taxation. The tax appeals board ruled in favour of TRA.

In 2017 there more reports of tax avoidance and evasion by the Canadian firm Barrick and its local subsidiary Acacia mining companies. The report was tabled by presidential commission appointed to investigate claims and suspicions of tax evasion by the mining firm. Following this report, the government confiscated the company’s consignment of Gold concentrates and required the firm to pay billions of dollars in accumulated tax arrears. The findings from the commission were disputed and negotiations to resolve the dispute were still ongoing